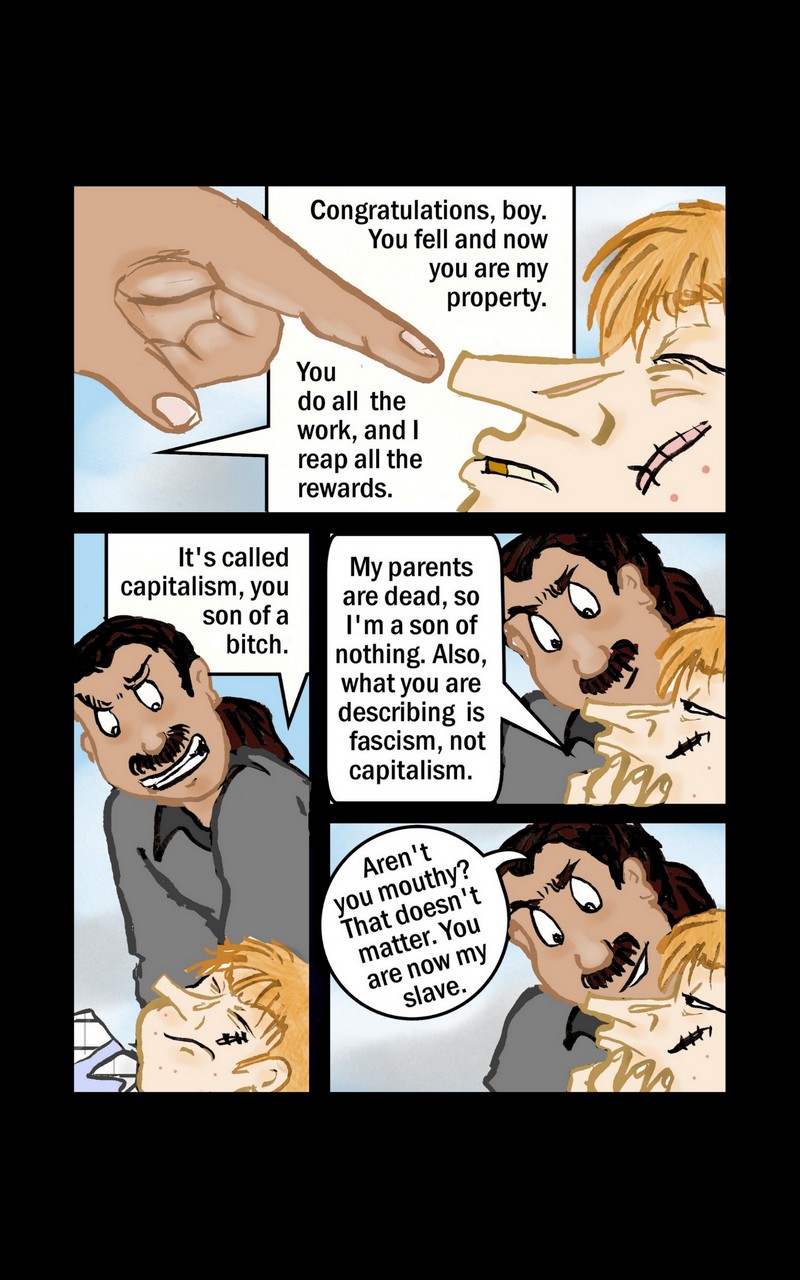 Frame 1
Lucky’s finger points at Camello
LUCKY (off-screen) to Camello: Congratulations, boy. You fell and now you are my property. You do all the work, and I reap all the rewards.

Frame 2
Lucky lifts Camello off the ground
LUCKY to Camello: It’s called capitalism, you son of a bitch.

Frame 3
Lucky holds Camello’s head.
CAMELLO to Lucky: My parents are dead, so I’m a son of nothing. Also, what you are describing is fascism, not capitalism.

Frame 4
Lucky holds Camello’s head.
LUCKY to Camello: Aren’t you mouthy? That doesn’t matter. You are now my slave.