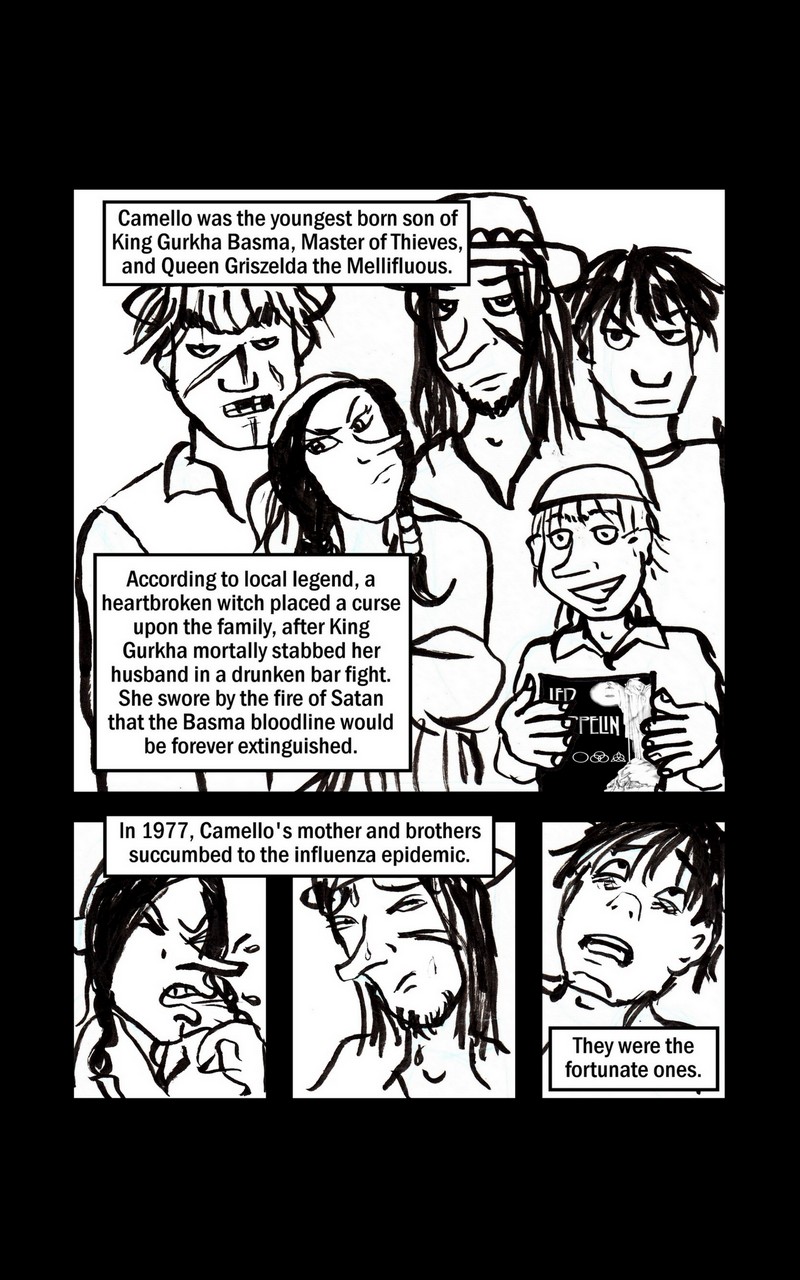 Frame 1
Camello’s family (father, mother, three sons), standing together.
NARRATOR to Audience: Camello was the youngest son of King Gurkha Basma, Master of Thieves, and Queen Griszelda the Mellifluous. According to local legend, a heartbroken witch placed a curse upon the family, after King Gurkha mortally stabbed her husband in a drunken bar fight. She swore by the fire of Satan that the Basma bloodline would be forever extinguished.

Frame 4
Camello’s middle brother, in anguish.
NARRATOR to Audience: They were the fortunate ones.