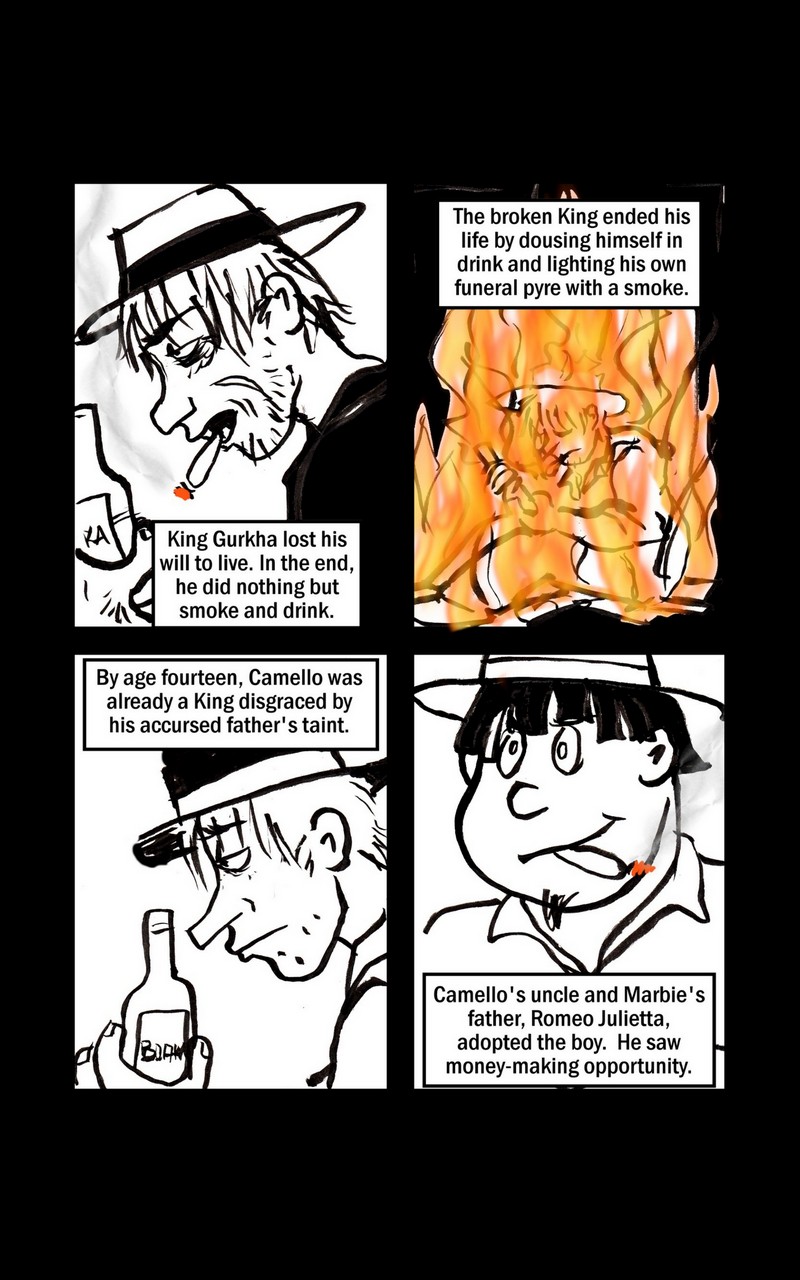 Frame 1
A disheveled King Gurkha stares at a bottle of vodka, smoking a cigarette.
NARRATOR to Audience: King Gurkha lost his will to live. In the end, he did nothing but smoke and drink.

Frame 2
King Gurkha sits in a fire, burning to death.
NARRATOR to Audience: The broken King ended his life by dousing himself in drink and lighting his own funeral pyre with a smoke.

Frame 3
Camello solemnly looks at a bottle of vodka.
NARRATOR to Audience: By age fourteen, Camello was already a King disgraced by his accursed father’s taint.

Frame 4
Romeo looks off in the distance, smoking a cigarette.
NARRATOR to Audience: Camello’s uncle and Marbie’s father, Romeo Julietta, adopted the boy. He saw a money-making opportunity.