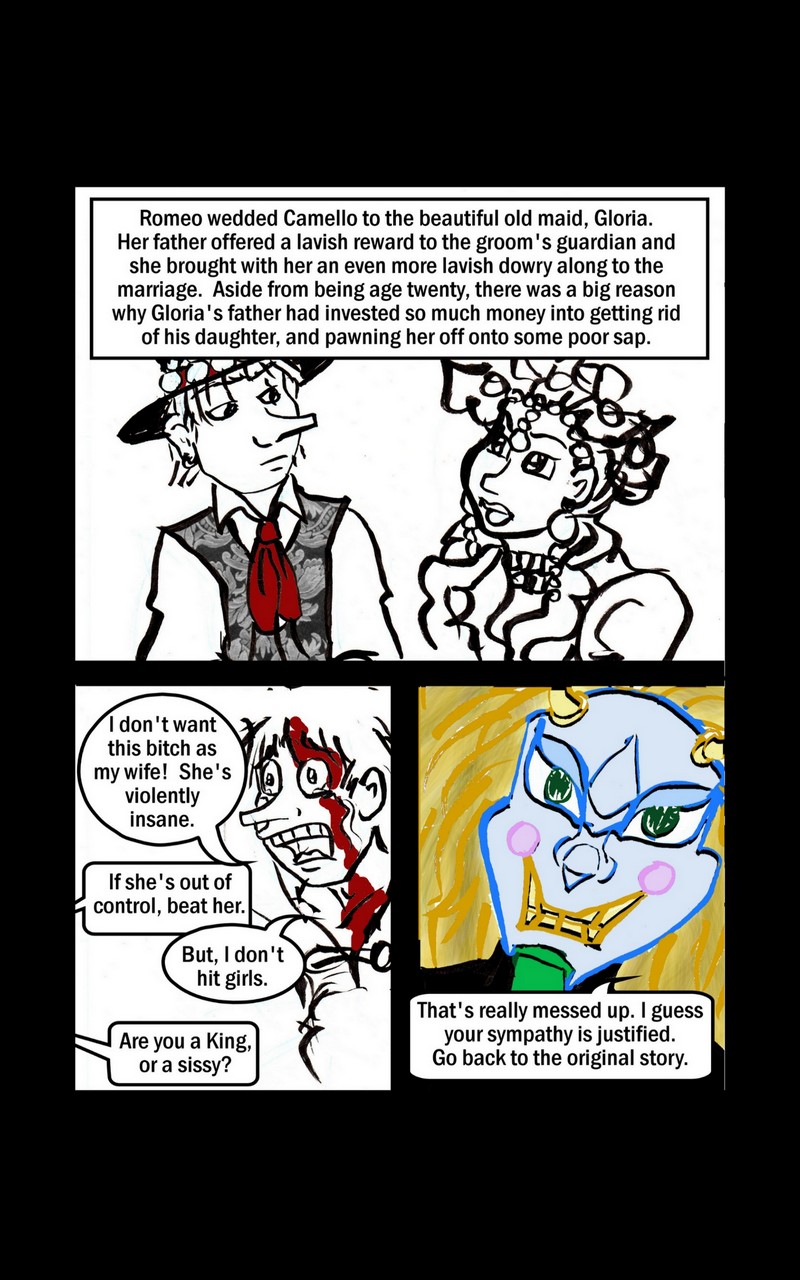 Frame 1
Camello and Gloria look at each other.
NARRATOR to Audience: Romeo wedded Camello to the beautiful old maid, Gloria. Her father offered a lavish reward to the groom’s guardian and she brought with her an even more lavish dowry along to the marriage. Aside from being age twenty, there was a big reason why Gloria’s father had invested so much money into getting rid of his daughter, and pawning her off onto some poor sap.

Frame 3
Lechy look out towards the audience.
LECHY to Narrator/Audience: That’s really messed up. I guess your sympathy is justified. Go back to the original story.