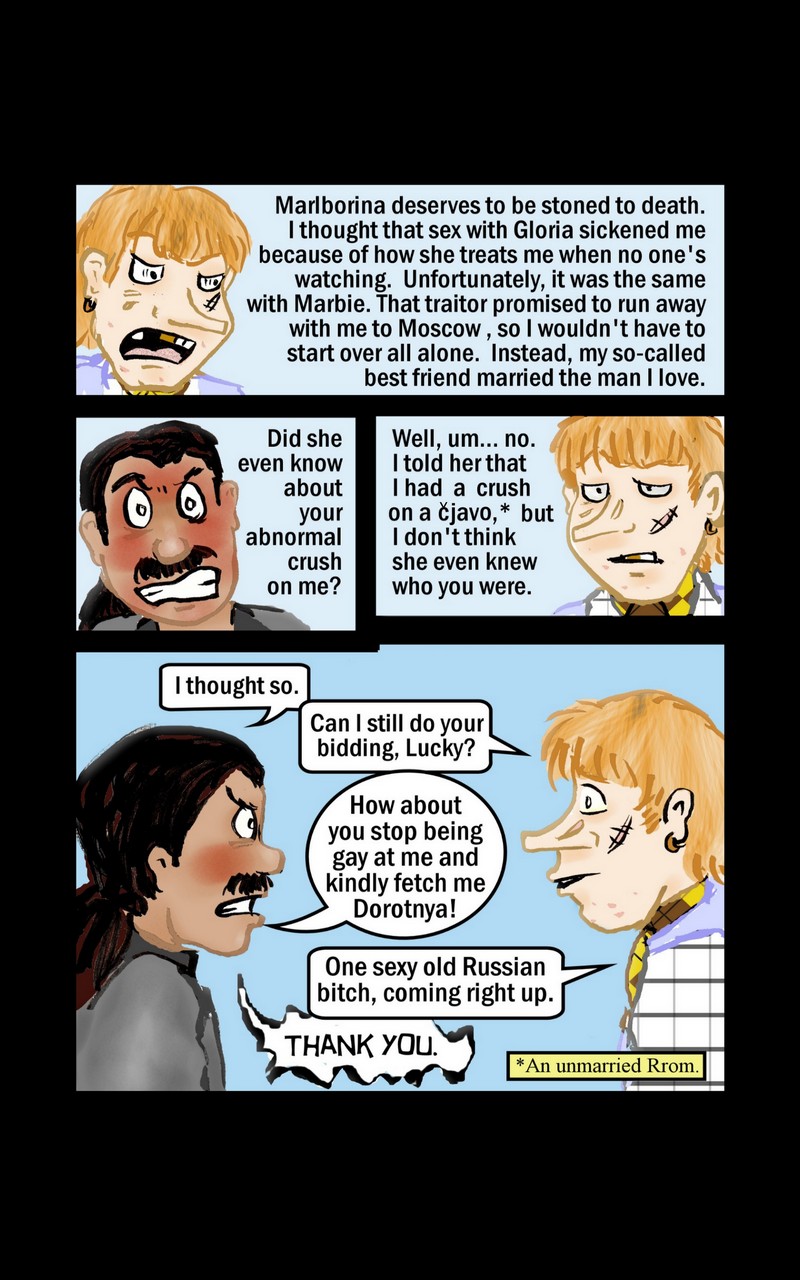 Frame
CAMELLO to Lucky (off-screen): Marlborina deserves to be stoned to death. I thought that sex with Gloria sickened me because of how she treats me when no one’s watching. Unfortunately, it was the same with Marbie. That traitor promised to run away with me to Moscow, so I wouldn’t have to start over all alone. Instead, my so-called best friend married the man I love.

Frame
Lucky looks enraged.
LUCKY to Camello (off-screen): Did she even know about your abnormal crush on me?

Frame
CAMELLO to Lucky (off-screen): Well, um... no. I told her that I had a crush on a shav,* but I don’t think she even knew who you were.