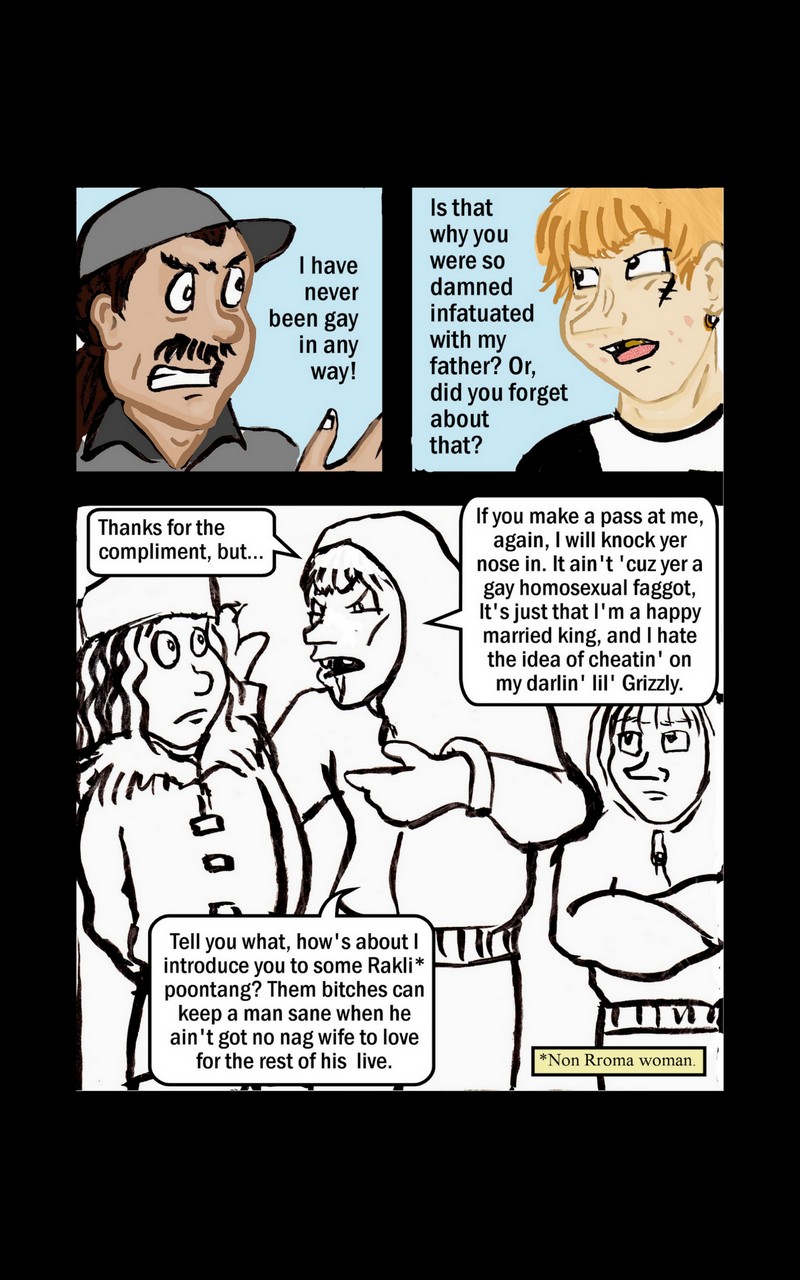 Frame 3
Flashback scene to a younger Lucky and King Gurkha and young Camello.
KING GURKHA To Lucky: Thanks for the compliment, but... If you make a pass at me, again, I will knock yer nose in. It ain’t ‘cuz yer a gay homosexual faggot, it’s just that I’m a happy married king, and I hate the idea of cheatin’ on my darlin’ lil’ Grizzly. Tell you what, how’s about I introduce you to some Rakli* poontang? Them bitches can keep a man sane when he ain’t got no nag wife to love for the rest of his life.
TRANSLATION To Audience: *Non Rroma woman.