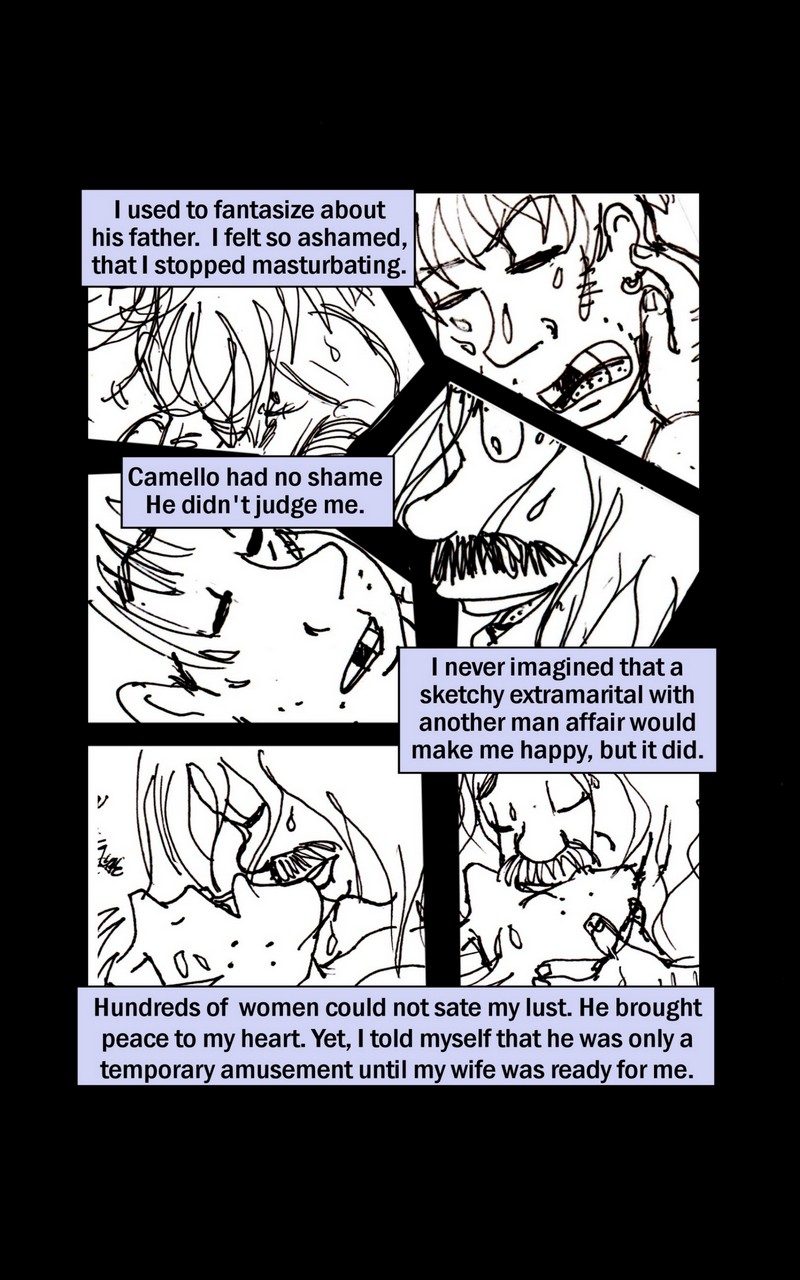 Frame 2
Close up of Camello’s face. He looks urgent.

Frame 3
Close up of Camello’s face, more serene.
LUCKY To Audience: Camello had no shame. He didn’t judge me.

Frame 4
Close up of the left side of Lucky’s face, in the throes of passion.
LUCKY To Audience: I never imagined that a sketchy extramarital with another man affair would make me happy, but it did.

Frame 5
Lucky is on top of Camello, kissing Camello’s chin.
LUCKY To Audience: Hundreds of women could not sate my lust. He brought peace to my heart. Yet, I told myself that he was only a temporary amusement until my wife was ready for me.