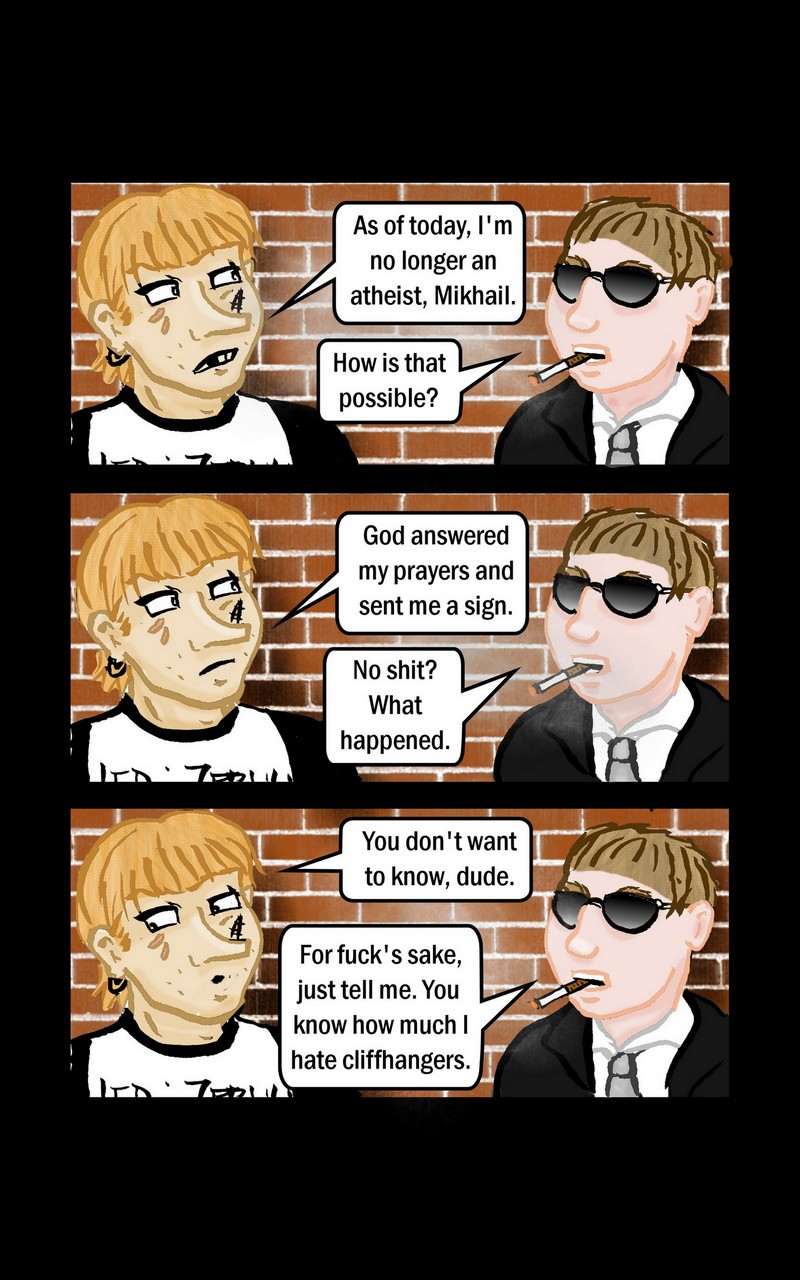 Frame 1
Camello leans against the wall.
CAMELLO To Mikhail (off-screen): God led me (to) have sex with my cousin’s husband.

Frame 2
Mikhail is taken aback, losing his composure and his cigarette.
MIKHAIL To Camello (off-screen): EW!

Frame 3
Camello looks down, his hands folded.
CAMELLO To Mikhail (off-screen): I did warn you, man.

Frame 4
Mikhail regains his composure, adjusting his tie and sunglasses.
MIKHAIL To Camello (off-screen): Yes, you did.