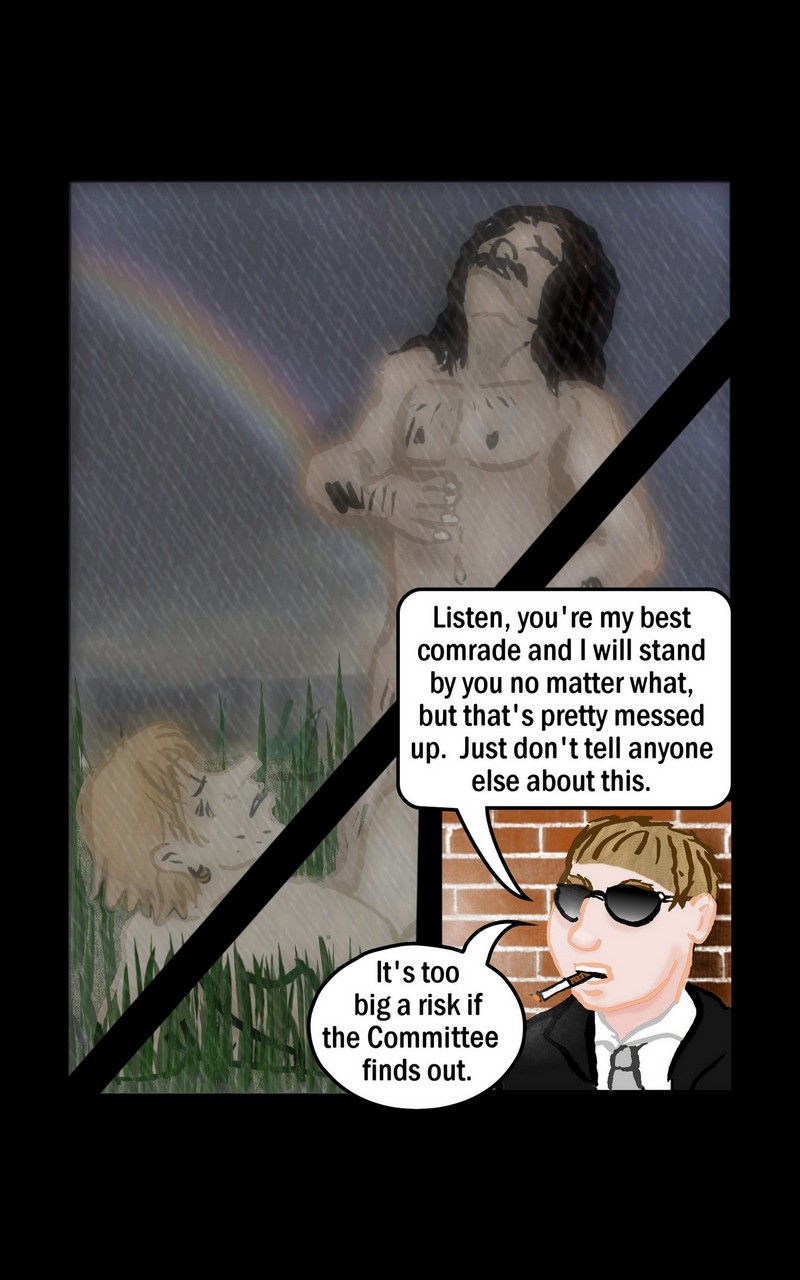 Frame 1
Camello is laying in a field during a storm. Lucky is standing over him, his head thrown back as he releases. A rainbow is behind them.

Frame 2
Mikhail is standing against a brick wall, smoking a cigarette, and talking to Camello, who is off-screen.
MIKHAIL To Camello (off-screen): Listen, you’re my best comrade and I will stand by you no matter what, but that’s pretty messed up. Just don’t tell anyone else about this. It’s too big a risk if the Commission finds out.