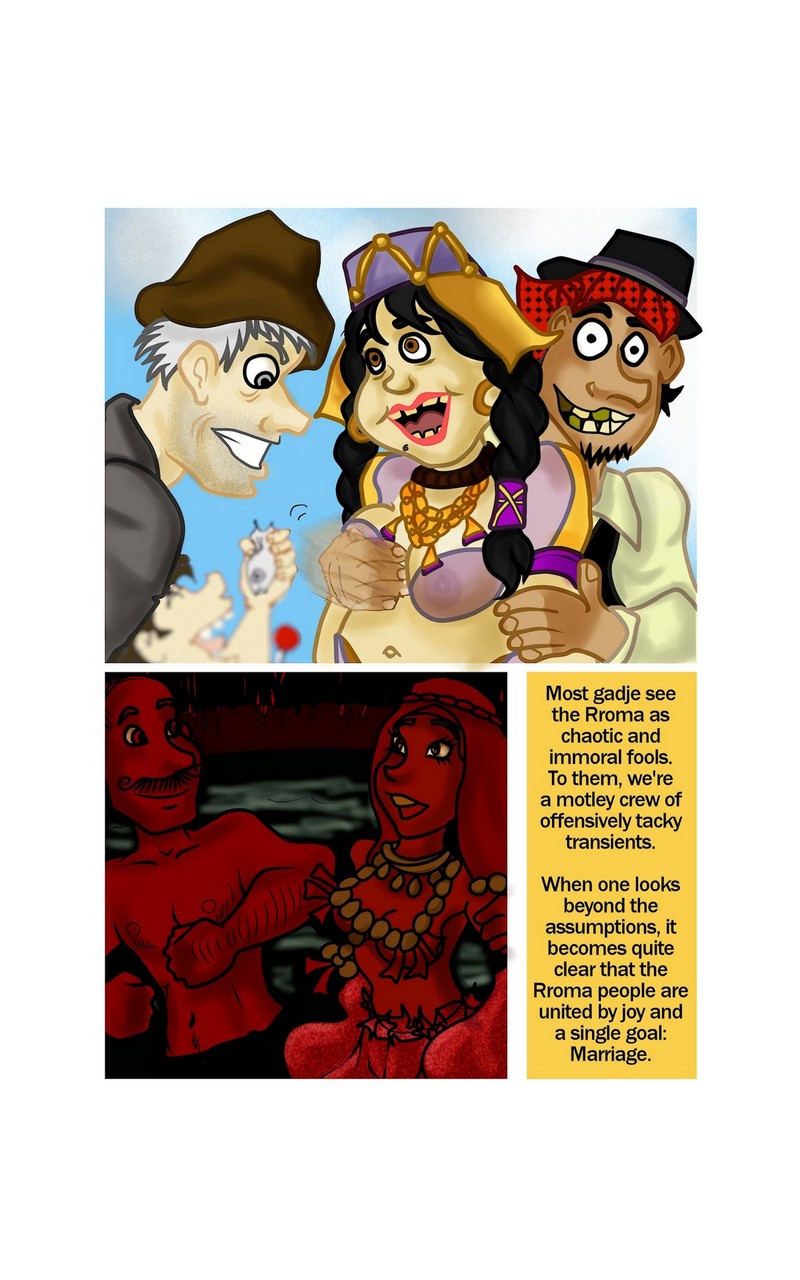 Frame 1
Image shows three people in the foreground, two men and a woman. One man is behind the woman, groping her, the other man is ogling the woman’s body. The woman appears jubilant. In the background, there another person, perhaps a male, head tilted back to eat a fish.

Frame 3
NARRATOR To Audience
Most gadje see the Rroma as chaotic and immoral fools. To them, we’re a motley crew of offensively tacky transients. When one looks beyond the assumptions, it becomes quite clear that the Rroma people are united by joy and a single goal: Marriage.